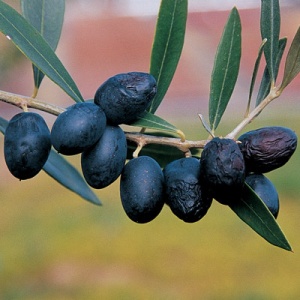 August 16, 2019 Around The FarmOGW Growing Guides

Adaptation in the Age of Warming

As gardeners and nursery workers we have a keen eye on what we can expect from our local climate and what kind of weather we get in a season. While weather is constantly fluctuating our climate was historically thought to be relatively stable on a human time scale. Up until the Industrial Revolution we were in a relatively cozy and somewhat predictable interglacial period. The climate certainly fluctuated to some degree with the earth’s constant wobble on its axis and its predictable Milankovitch cycles. But not until incredibly recently was the earth’s climate sent on such a radically new course with over 400 parts per million carbon dioxide now in our atmosphere! The likes of which haven’t been seen for over 3 million years at a time when the earth’s temperature was on average 3-5°F warmer than today’s climate and oceans were 50-80 feet higher.

What we are heading towards, even if we reduced all greenhouse gas emissions to zero tomorrow, is a climate that we as a species have never seen before. And while we certainly believe that every effort should be made to halt these emissions as much as possible and sequester greenhouse gases as quickly as possible, irreversible climate change is already upon us and we have no choice at this point and even more so in the future but to adapt to whatever this new climate may have in store for us.

As horticulturists, gardeners, designers, nursery owners, farmers, and botanists we have a unique duty and perspective on the climate challenge facing us because of our intimacy with the botanical world. As plants have historically shifted with earth’s glaciaciation and warming events in the past so they will again during this drastic time of climate chaos. The primary difference now being that their habitats have been fragmented or completely destroyed and the genetic diversity with which they might adapt to such radical changes has plummeted. This leaves us an extraordinarily challenging and unique set of tools with which to adapt to our already changing climate.

Forward thinking ecologists, farmers and permaculture designers have for decades been considering this conundrum of how we might adapt to this new climate, and have often looked to climates just a few degrees south in latitude for botanical tools that might be useful and well adapted to the climatic conditions we are beginning to face. We’ve seen the USDA Hardiness Zones shifting to the north over the past few decades and it is predicted that this movement will continue.

Though it should be noted that hardiness zone maps only tell you the average minimum temperatures you could expect in a given climate. A simple shift north in growing conditions might seem desirable, especially to those folks in the deep cold north, but a carbon charged climate is less predictable, more prone to extreme weather, heavy rainfall, heat waves, floods, heavy snowfall, record breaking frosts, and generally extreme conditions. When looking for plant species and varietals that might prove resilient in future climate scenarios we must look for those that are both more heat and drought tolerant as well as those that can handle record cold and precipitation.

This is a research endeavor that greatly excites us and one that we are constantly working on. For many years now we’ve been trialing plants from climates all over the globe that are similar to ours or similar to what is predicted for our future climate. No-brainers for us in the Willamette Valley include the incredibly rich diversity of the California Floristic Provence as well as plants from Mediterranean climates around the globe. Through the hard work of many a dedicated plant explorer we’ve discovered an astonishing plethora of species and varietals that thrive here in western Oregon.

Adapting to the climate we’ve left behind

And while we are looking to adapt and factor in botanical resilience to our farms, gardens, cities, and ecosystems of the future we also must realize that we aren’t particularly well adapted to the stable climate system we are leaving behind. The rapid loss of biodiversity, reliance on giant mono cultures, global deforestation and erosion of the continent’s top soils, to name a few, already had us in hot water. The compounding effects of climate chaos will only put more pressure on us to adapt to what comes next.

On a recent bike ride through our verdant city this summer this dilemma was clearly showcased in the dying groves of birches, maples, and elms all over town. New England tree species dominate our city’s canopy and to this day much of the Northwest’s nursery industry. The nursery industry has for many decades grown these ill-adapted exotic species for shipment to the east coast and unfortunately our city streets, suburban neighborhoods and even rural hedgerows have been filled with them and are now succumbing to the heat and drought of the last few years. Perhaps from a lack of creativity but more likely a misunderstanding of our wet mild winter, dry summer climate we’ve set much of our cultivated overstory up for failure and fragility, especially in the face of a changing climate.

But before we go too far down the doom and gloom path of the climate apocalypse we must look at the brilliant multitude of solutions that are currently at our fingertips!

Consider the potency of the time we are in. At the same time global biodiversity is plummeting at a rate akin to a mass extinction event we also have access to more plant diversity than ever before. Through the wonders of planetary interconnectedness via the World Wide Web and global air travel we now have access to a horticultural diversity that was previously only accessible to the queen of England via her many botanical explorers! With the click of a button we can have plants or seeds delivered from around the world. Global food crops and useful plants in general are now more accessible than at any point in human history. In the geologic blink of an eye we’ve gone from cultivating the first human food crops to cataloging millions of species globally and making them accessible through various seed banks, nurseries, governmental germplasm respositories, free scion exchanges and internet trade. This fact is utterly astounding and while the ecological outlook may be dark, the tools for solving these problems have never been more accessible.

The various climate scenarios that are painted by the IPCC often seem daunting and sometimes even hard to imagine. Desertification along the equator, the poles turning tropical, and oceans swallowing up significant amounts of land are just a few of the distant views that are discussed when we look to what a deep future climate scenario might look like. But what about for right now? What plants can we be planting this summer or next spring that are better adapted and more resilient in an already changing climate?

June and July of 2019 saw the hottest global temperatures in recorded history which makes us think that it might be a good idea to begin planting more heat loving crops. In the immediate future we’re focusing on more heat tolerant or heat loving varieties within species that we’re already growing. Some of these are already available while others will require extensive breeding work. Many blueberry farmers are transitioning from Northern to Southern Highbush blueberries for this exact reason. Low chill varieties of apples and pears are making their way into orchards in places where winters are becoming increasingly mild and not providing the amount of chill hours they had in the past and heat loving crops that were not seen as viable are now proving fruitful. In the northwest these include figs, persimmons, olives, pomegranates, pineapple guava, cold hardy citrus and jujubes!

On a recent project on Sauvie Island we added some resilience and interest to an old stone fruit orchard by planting a new orchard of figs, olives, persimmons, pineapple guavas, loquats, Yuzu Ichandrin hardy citrus, and pomegranates. It is farmers like these who will not only be better adapted to our increasingly hot summers but also already have a niche carved out for their unique produce and firsthand experience on which varietals work best for their property.

Here at One Green World (the nursery) as we were planting out a new garden space full of new varieties of olives, figs, pineapple guavas and persimmons this last week, all heat loving plants, we decried, “If the world goes down in flames, we’re going to go down planting!”

Urban forestry and the non-edible landscape

In conjunction with our needs for various landscaping projects we’ve begun focusing on climate adapted plants that much more closely resemble what has traditionally been the California plant palate, with species such as cork oak, holly oak, manzanitas, ceanothus, grevillea, eucalyptus, and yucca. While not all varieties are hardy enough for our northern climate there are an incredible amount that absolutely love it here and are proving far more climate appropriate and easier to grow than the rhododendrons, maples and azaleas that have long dominated Northwest landscapes. While not always edible these plants have multitude of other useful and ecological attributes and if we wish to sequester carbon in this warming world we will need as many woody species as possible to turn that atmospheric carbon into trunk, branch and leaf based carbon around our homes, cities, farmlands, and at some point our rewilding efforts will likely rely on introducing new species for we cannot restore a habitat that no longer exists with the same pieces it was previously assembled from.

What we are heading towards is unprecedented in human history and while we gather as much information and as many tools as we can we are ultimately heading for a climate situation that will be very difficult to plan for and require extreme adaptation if we wish to carry this human experiment forward. While we may look to our southern neighbors for a hint of what is to come the truth is we may be heading towards a novel climate that is unlike anything seen in earth’s geologic history. Combine the quick rise in atmospheric carbon with the anthropocentric planet we’ve created and you have a recipe for ecological surprises at best and population collapses and even more severe global injustices at worst.

The father of modern wildlife conservation Aldo Leopoldo said in his monumental Sand County Almanac, “to keep every cog and wheel is the first rule of intelligent tinkering.” He was referring to preserving the integrity of wild ecosystems by maintaining every species of plant and animal even if we don’t fully understand the interconnected relationships between them. And while Leopold’s world might be a thing of the past given the human imprint on even the most wild and “untouched” landscapes due to our greenhouse gas emissions, we might still hold on to that notion of keeping every cog and wheel, or at least as many as we possibly can. The machine we are trying to keep intact might eventually look like some Frankenstein steampunk assemblage of the planet’s biodiversity rather than the “pristine” American wilderness he envisioned but at this point it’s arguably all we got.

For more info on climate adaptation and brilliant solutions for a warming world check out: